NEW DELHI: The BJP on Tuesday hit back at Pakistan Prime Minister Imran Khan for his criticism of the Citizenship (Amendment) Bill, describing his remarks as a blatant interference in India’s affairs.
“Imran Khan’s comments on India’s legislation constitute blatant interference in India’s affairs … India is protecting minorities you (Imran Khan) failed to protect. With your views similar to the Congress on Article 370, CAB, etc, Tehreek-e-Insaf is looking like a new partner of Cong-led UPA,” BJP spokesperson G V L Narasimha Rao said.
Tehreek-e-Insaf headed by Imran Khan is Pakistan’s ruling party.
Pakistan on Tuesday said India’s “regressive and discriminatory” Citizenship (Amendment) Bill reflects its “malafide intent” to interfere in the affairs of neighbouring countries based on religion, with Imran Khan describing the proposed legislation as a “design of expansionism”.

more from times of india news 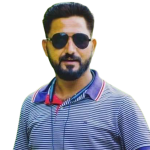 Wed Dec 11 , 2019
NEW DELHI: The much-talked about legislation to protect personal data will allow processing of private data without explicit consent of the owner of the information for credit scores, debt recovery, security, operation of search engines and whistle blowing. The draft Personal Data Protection Bill, 2019, which is likely to be introduced in the Lok Sabha…